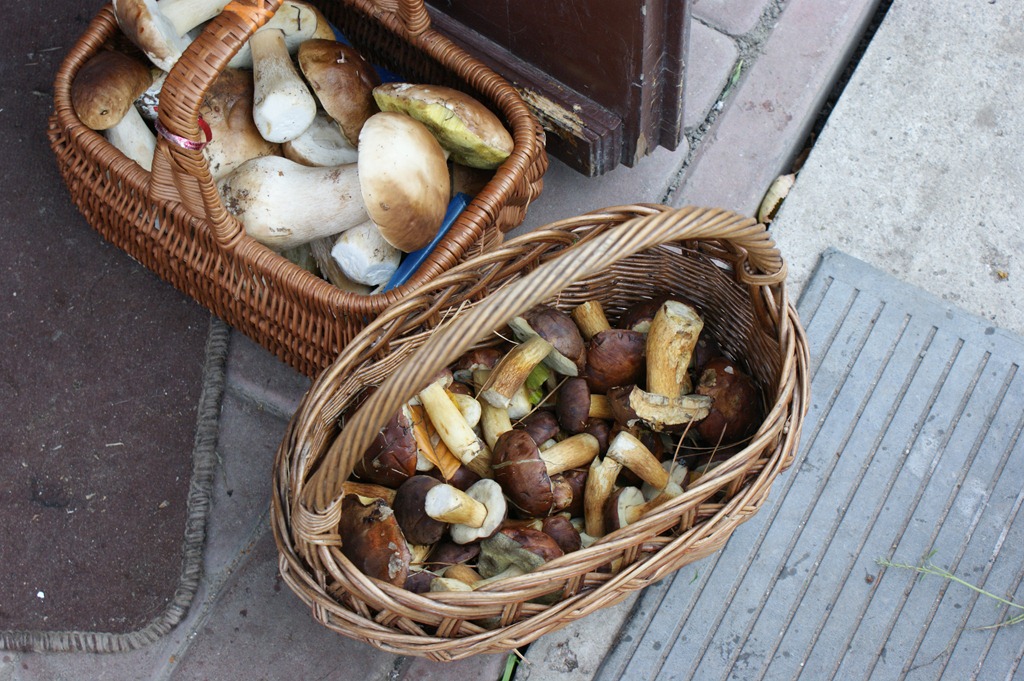 After successfully completing the second lime render coat and resolving to put on the final finish coat in the spring we decided to take a few days off. Not that that means we can rest much, as we search for soffits for the house, doors for the Piec (cooking range) and mushrooms in the forest.

We managed to find some great cast iron doors for the bread oven at the antiques market in Rzeszow, which is held every second Sunday of the month, along with an upgraded heating system for the stable -photo to follow once installed. Called a koza in Polish, which strangely enough also means goat!

As for the mushroom hunt, it’s going well. Saturdays haul was four baskets full in about three hours and Mondays result was a further three; all to be dried or pickled, with a few of the poorer specimens destined to be made into a sauce for lunch. I have to admit that my hunting skills are poor in comparison with Gosias mum, who seems to be able to imagine where the mushrooms are as she forges ahead stopping to bend and pick the next target in one fluid motion. The result is a full basket long before anyone else and a feeling of disbelief from her fellow hunters; mind you they are all heading for the same pot at the end of the day so its all good and every now and again you stumble across the mother of all mushrooms and your inadequacy is forgotten as you are congratulated on a good find. 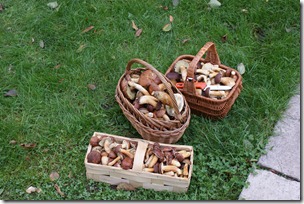 There is also the added bonus that the dogs get a good walk, which makes them appreciate the reward of some of the bones from our summer lambs that much more. 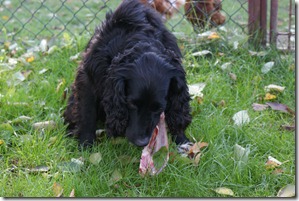 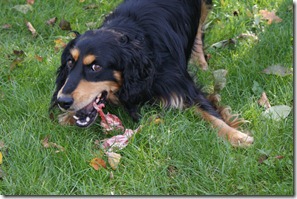 Anyhow, back to it tomorrow, back to the land of farmers, hard graft and bathing in a tin bath. We have enjoyed our little holiday and Gosia managed to pick up four seasons of Rumpole of the Bailey on DVD for 25p at the local market; so our evenings will be full for the next few weeks!