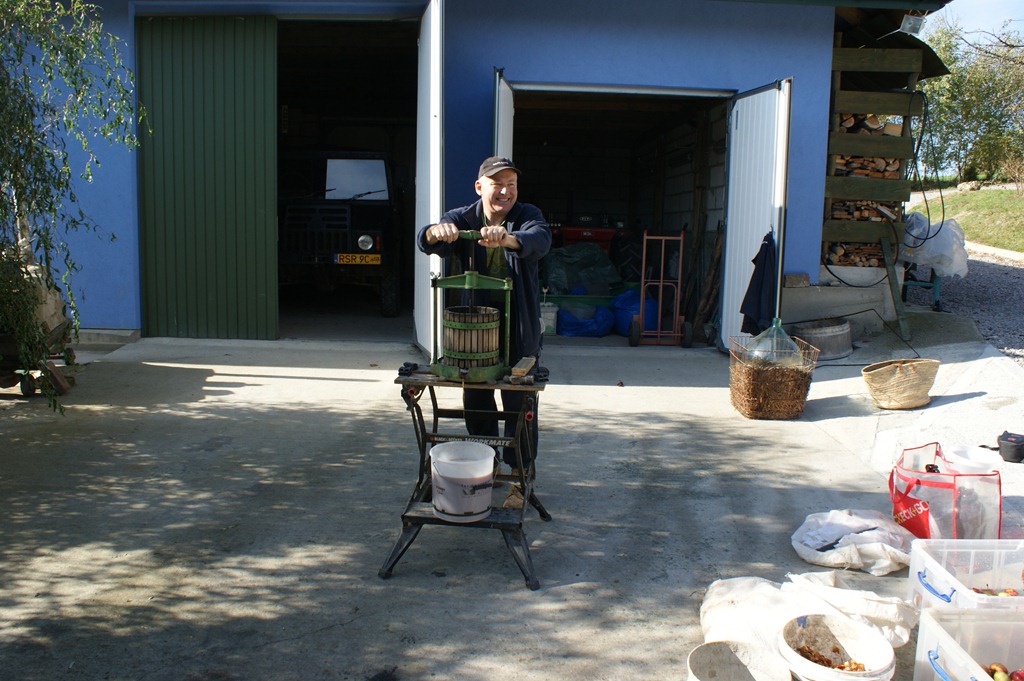 Back from our mini break on Wednesday it was hard to get back into the swing of things, so we decided to do a spot of gardening; a bit of strimming, a bit of digging, pulling out some old roots with the tractor, chopping down a few dead or unwanted trees….all very relaxing. Then our neighbour Kazek turned up to plough the top hectare of land by the house. so we can plant crops next year; Dorota called to say that the cider press was available, our other neighbours asked if they could come and collet the spare straw we have after completing the building and the window guys called to say that the windows will be installed next Monday; not to mention that Gosia gave in and decided to go for metal soffits so work has to begin and the laths ordered and fitted in preparation. Just as well the weather has taken a turn for the better and we have experienced 20c+  since Thursday, set to continue until Tuesday (23rd).

As you can imagine the cider making is that the highlight for me, although chopping, then pounding and pressing nearly 150kg of apples is pretty hard work, and it did take four of us about six hours to complete the task; of course the occasional piwo (beer) break was included. 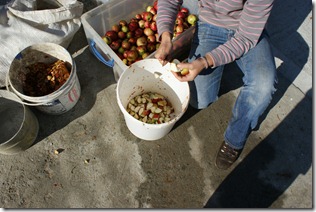 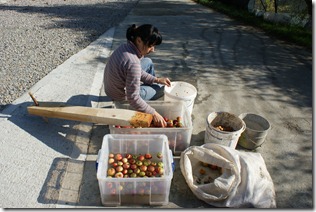 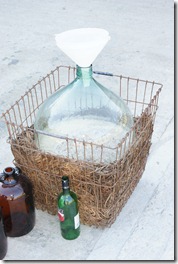 All of which resulted in about 50 litres of apple juice which we hope will turn into cider…not vinegar! I’ll let you know in a months time when we taste it for the first time, if the bubbles have stopped coming out of the airlock; although the intention is to let it mature until Christmas. Of course you will be the first to know if it’s a success.

Not to mention that we have almost a hectare of ploughed land, eight trailer loads of straw less in the barn, almost two sides of the roof lathed up ready for the soffit, six or seven less elder flower trees replaced by blackcurrant bushes (a gift from the neighbours taking the old straw) and an area of land ready to be tilled for our vegetable garden next year. So much better than Eastenders, more interesting than the latest two for one offer at Tesco and definitely better than the life we had before we decided to go mad!

5 thoughts on “Not a bad week at all”