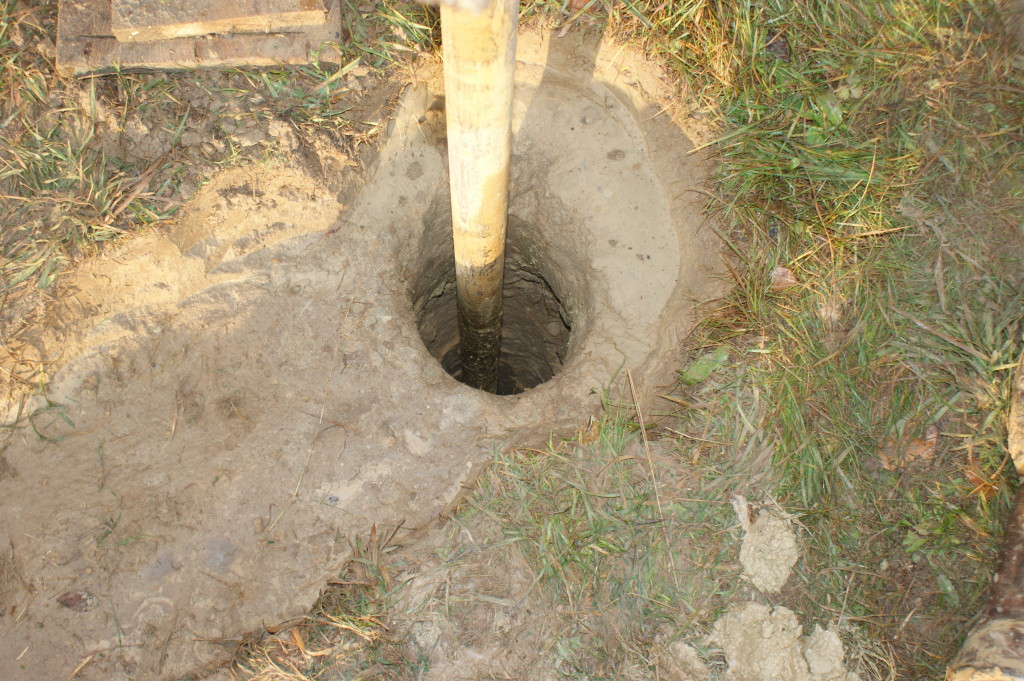 Or if you’re not lucky enough to be Yorkshireman, ‘no water’

Even the guys drilling are loosing faith, or they were until this evening when after 4 hours of pumping water from a very deep hole, which is no more than 30 meters deep (I say this for legal reasons) they came across what could only be described as fairly clear water; certainly clearer than the 30,000 litres of water we have pumped down in the last two days  to keep the drill head cool (no doubt close to 200,000 litres over the last two weeks).

Now this is by no means the end of it, we have to inspect the level again in the morning to check the depth of water (it may go down), if all goes well (no pun intended) we will at long last have our own independent water supply. I don’t want to get too excited about this as it will be costing us more than twice as much as we had anticipated, which is a big hit on a tight budget, and as yet it still doesn’t exist; I’m just hoping. If all else fails we will just have to build a big water tank and collect the rain water 🙂

Despite all the drama of the bore hole we have moved on and cleared all the straw and clay and lime render that had settled like a moat around the foundation of the house ( I told you Gosia always has a list of jobs to do), which was then transported by tractor and spread over the top field. Now tell me how many other types of building you could gather up the waste material and chuck on your field that will ultimately improve your crop? We also managed to clear the last of the trees that were felled during the trench digging for the electricity, as well as thinning out a good-sized area of trees, coppicing any willow that we came across and hoping that some of the birch will do the same; so never a dull moment. I also attended to my ‘special duty’ and the composting toilet is now ready to receive once agin, but I’ll write that up later…or tomorrow; now I’ve seen the time, 9.30; well past my bed time 🙂