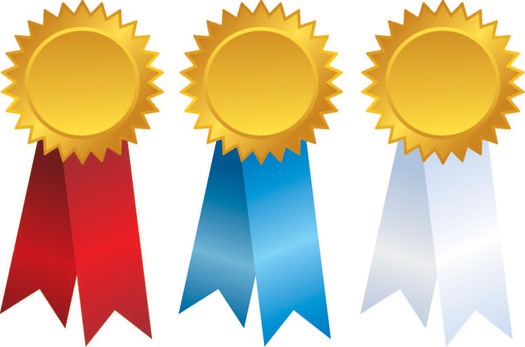 I was recently nominated for an award by one of my few readers, http://solarbeez.com/, something that I was very flattered to receive. I have followed Solarbeez for a number of months and enjoy reading his articles on natural beekeeping and his other ethical living antics, take a look for yourself.

Curious as I am, that and the fact that I have lots of time on my hands at the moment, I thought I would look into the awards system in more detail and in doing so I came across this article: http://en.forums.wordpress.com/topic/how-to-nominate-bloggers-for-awards-etc?replies=3

Now even though I don’t fully understand the technical side of this article it seemed to me that the best thing to do was not to get involved in a chain, despite the fact that the nomination was genuinely given by Solarbeez and I’m certain he also received his nomination in good faith; I simply didn’t think it was a good idea to perpetuate the chain any further.

Of course I may well have lost the opportunity to gain more viewers and followers because of this, but then that’s not the reason I’m blogging, I’m blogging for me; as Beetleypete recently put it ‘It is like a diary, just one that you let others read. So, treat it just like that, and see it as a bonus if someone else is interested.’ I’ve followed Beetleypete since I started blogging, a truly random find that I’m glad I made. He has some very interesting stories to tell and is willing to share his opinion on a number of items, and whilst I don’t necessarily always agree with him; I enjoy reading him; he has a great style of writing that I wish I could emulate.

I then started to think that perhaps I should have continued the chain so as not to cause any offence to anybody, and generate some traffic for all those involved, keeping everyone happy?

One of the requirements of many of the awards, that I have seen, is to list a number of things about yourself that you haven’t previously disclosed; this in itself would be a real challenge for me as I tend not to hide much and if I don’t reveal something it’s probably because I don’t want to. You are also encouraged to nominate a number of blogs for the same award that you have received; in this particular case up to fifteen. Now I don’t even follow fifteen blogs so I think I would struggle to come up with many nominees, or should I simply nominate them all, inspiring or not?

Talking of inspiring, you should take a look at Leaf and Twig as I do for a daily dose, I’m not sure how he does it, but he comes up with a great picture and words to match; every day! Or maybe you want to be inspired in the kitchen, then head over to Food and Forage Hebrides or Ripe Red Berries for great recipes and real life content, not just cooking;. Of course you could also go to Musings from Stonehead or The Foragers Year two great sites that seem to have almost accidentally added a great selection of unexpected recipes in between there specialist subjects. I’m slowly reading through both of their blogs and enjoying the task, although it could be some time before I catch up.

So maybe that’s the answer, rather than nominating blogs without having the opportunity to cast a vote for a ‘ self marketing award’ with an unknown beneficiary somewhere down the chain,  I should write a post and tell my meagre readership of the blogs that I like at the moment and why I like them.

I know that I would definitely mention pasdelouptech for her quirky cartoons which I don’t always understand, as well as Uphilldowndale for glorious pictures and memories of a land that I left behind with the added bonus of the Further Adventures of Spud the Dog; a winning combination.

But maybe I’ll leave that post for another day, or another blog; it’s too far away from my normal subject matter 🙂

15 thoughts on “Be aware of awards”