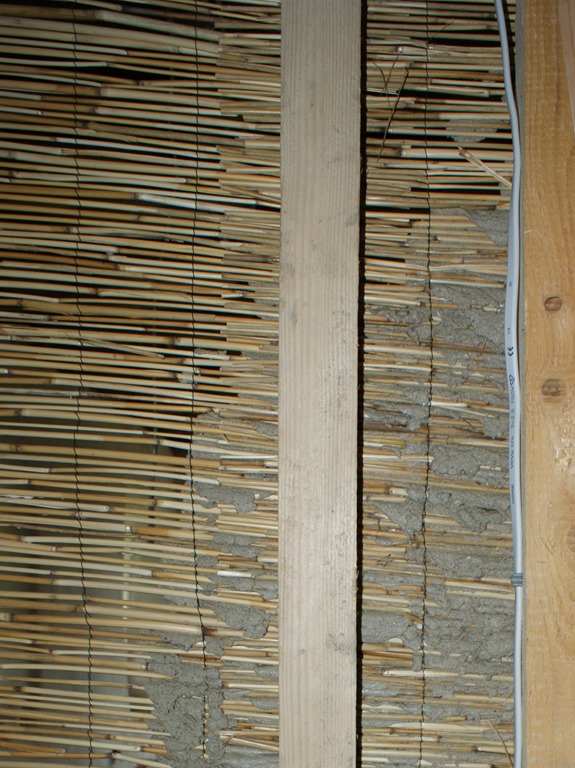 As I reported in a recent post, it is extremely important to fill in the gaps between windows doors and framework of the building to keep out the drafts especially when the east wind blows.

However I thought it equally important to fill in some of the gaps I left in my absence from blogging, almost eight months without posting a single update!

First a quick recap on what the house looked like in May last year. 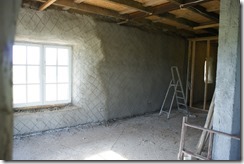 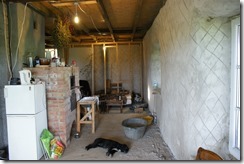 Functional for a workforce, not so good for a baby, so I spent a little time on our stable accommodation, plaster boarding the ceiling, patching up blown plasterwork from a freezing winter and installing an electric heater. All in all quite habitable during the warm summer months, even for Malina.

One of the first tasks was to get the final coat of lime render on the walls, having decided to complete downstairs before we moved up a level. This was completed fairly quickly the stud walls for the bathroom and pantry, the only two real rooms, followed fairly rapidly. 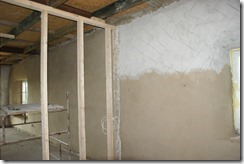 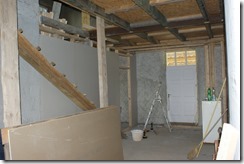 I did spend a little time of the pantry as I envisaged a curved wall on the leading corner from the main door to draw you into the kitchen area. After experimenting a little I decide to try my luck with reed mats, we still had a few left over that we purchased for bridging gaps on the outside of the building, so it was using up otherwise surplus materials. 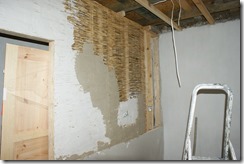 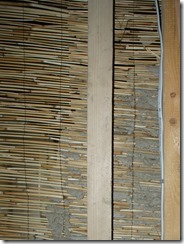 As you can see it works in a very similar way to the old lath and plaster technique that used to be used before the advent of plaster board. The plaster is squeezed trough the gaps and as it sets grips the mats. I actually used plasterboard on the lower level section to provide a flat surface to make fitting the worktop easier, at least on one wall 🙂

I really like the end result, the bumpy contours flow from the bale walls giving the impression of an internal bale wall, very organic! So much so that I hope to use the same method upstairs in the corridor that connects the bedrooms.

22 thoughts on “Filling in the gaps”