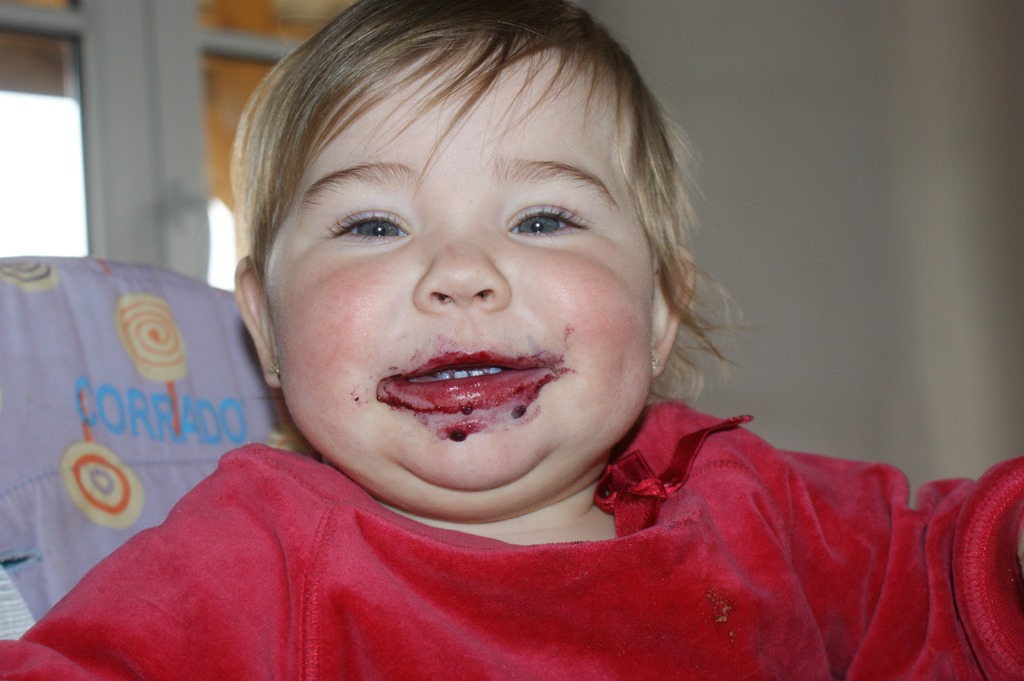 I have started to write a post three times in the last month, each time editing the previous version to make sure the date references were correct and that it still all made sense. I almost got to the point of adding some photos at one stage, so close to hitting the publish button, but it never happened.

Time just seems to fly by and it’s only because the van refused to start this morning (Sunday) that I’m at the keyboard trying again to catch up on events of the past month or so since I last posted. I may even get a chance to read a few of the post of the blogs that I follow!

The big news of course was Malinas first birthday which we celebrated, as agreed, on the condition that she had started to walk! Lucky for her that I wasn’t more specific about the definition of walking and I was willing to accept her ten step efforts. Three weeks later and she is almost ready to go to the shops, unfortunately she hasn’t master orienteering yet and it’s not a straight road to the store, but she is now more than capable of making her way around the house and has discovered new ways to keep Gosia and I running around after her.

As you might expect we had a number of guests for her birthday; friends, grand parents, aunties, uncles, cousins and of course their children, many of whom remembered the house from our wedding in August 2013. There must have been a feeling of familiarity for some of them as they had to walk the last half mile of so to the house. On our wedding day it was because the coach could get no closer on the dirt track road, this time the road was impassable by car as the snow and ice had yet to recede. We had only just managed to dig the Niva free two days earlier after it became stuck for the second time on the top road. Just as well as it was called into service as a taxi for the less agile of the guests. 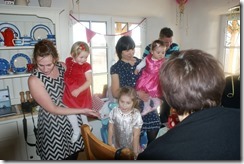 I must send an email to Guinness to see if there is a record on how many ‘middle aged’ Poles you can fit into a Lada Niva?

As with the wedding the kids had a great time, space to run around and a mini tractor and trailer to get towed around in, with the chance to get to drive if the owner thought your legs were long enough to reach the pedals! Not to mention cake, lots of cake.

The occasion was also a great test for the Winkoloo, having only had a two bum testing period to date is was good to have it put through it’s paces by almost 20 guests. I’m sure you know from experience most visits as a guest are of the prime number and so it wasn’t necessary to bring a second bucket into play, although I did have the luxury of several on standby, just in case! 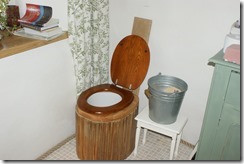 Checking back on my calendar it looks as though the weather started to get considerably better around valentines day and on the day of the party (15th Feb) we had our first passive day, in that the sun was strong enough to keep the water hot and the house warm. No doubt aided by the extra people in the house, but none the less it was good not to have to fire up the boiler. By some strange coincidence the same happened today, returning after a day out we found a tank of 60 degree water and a house settled in around 18, warm enough not to put the heating on this evening.

Mind you it’s just as well that the boiler isn’t requiring as much attention at the moment as our wood supply has gone down considerably. So much so that I have spent a couple of weeks thinning out our woodland to collect firewood for next winter. Cutting down the willow has been the main job, but we were also left with a few pine, beech and alder by the gas board, who felled any trees that ran too close to their underground line. They have the right to do this without question, as do the electricity board if they get to close to the overhead cables, but it worked in our favour as it saved me a job and cleared some trees that I would otherwise have to get permission to cut down. The only real problem I’m left with is getting to them as they are inaccessible by tractor and trailer, but rumour has it that my father-in-law is building me a pulley to connect to the PTO of the tractor, I can’t wait.

I’m hoping that the willow we have cut will coppice and I have planted a few whips from the felled trees in the hope that they will take. We are also using a number of the straighter willows as posts for the chicken run which I hope to have finished by the end of the month, several young pullets are relying on me for a new home, so I’ll be on the case this week.

Work has continued of the house as you may expect and I have made some progress on a cowl for the cooker hobs, I’ll report back on this once it’s complete.

I should also mention that I started off the chilli and tomato seeds on March the 1st, we opted for a couple of cherry varieties of tomatoes as they seem to be more resilient against the blight that we seem to suffer from later in the season. As for the chilli’s, we planted seed that we collected from last years haul,  Padron, Lemon drop, Hungarian hot wax, Scotch bonnet, Prairie fire and Jalapeno. The latter in great quantity as the pickled variety have become a popular condiment of our extended family, we are down to single digits of jars remaining from the fifty plus that Gosia cooked up. Of course the knowledgeable gardeners out there will say that the chilli’s are too late and the tomatoes too early, but the mood took me and nature will sort out my mess. I can report that the tomatoes have already started to germinate.

A quick mention of last years crop, if only because the drafts in my head had a post title ‘Pumpkins last stand’, we finally harvested the last sixteen pumpkins from the pivnica (root cellar) as they started to show signs of rot. Not bad, as we picked them in October, and I can report that the pumpkins that we left on the stalk lasted far longer. As seeds are the most valuable crop to us in the absence of any livestock to feed the pulp to, I can report that we managed to get about 100g per pumpkin. We also have a LOTS of pumpkin soup in the freezer and ate pumpkin fritters for breakfast, lunch and dinner for a good few days. This years target is two hundred plus pumpkins so that we might try and produce our own oil. very healthy. 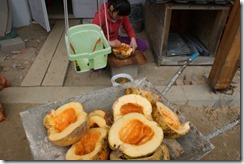 We also used the last of the cabbage, although we have plenty of sauerkraut to go at, and the pile of potatoes is still a big pile of potatoes, despite our best effort to give them away as presents to passing strangers!

It’s Monday now and I can see this post dragging on (even more) if I allow it to so I’ll sign off with two links that may be of interest. The first is to spread the fame of young Malina as she was honoured by Ladysighs: https://ladysighs.wordpress.com/2015/03/01/bench-series-march/

The second is a shout out for anyone who would like to volunteer with the build of a Straw Bale house in France. Paul who helped out on our build is embarking on his own adventure http://planetstrawbale.ning.com/events/straw-bale-house-build-in-france If you have any trouble with the link then contact me direct and I’ll pass on Pauls details to you.

One final thought to put your minds at rest, we counted the guests in and out of the party as well as checked everyone’s necks for puncture marks and all was well. The picture is a result of a bilberry pie, or so the story goes!

18 thoughts on “Where does the time go?”