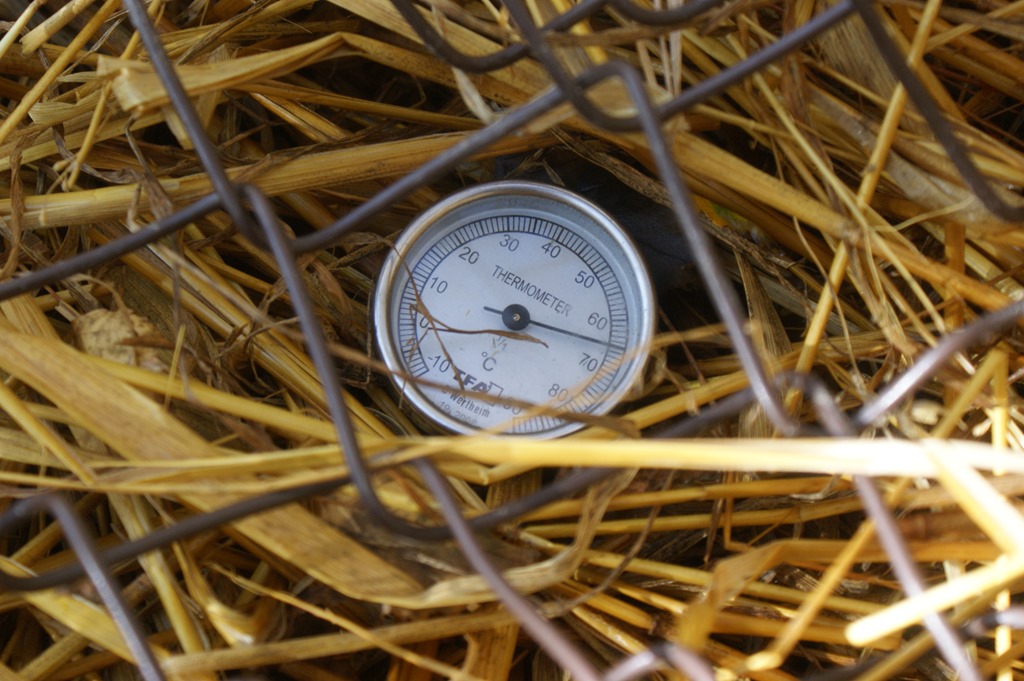 I often write about the many animals that we keep, not only the daily chores and routines that revolve around them, but also the entertainment and companionship that they provide and I’m hoping that we will soon marvel at the wonder of birth when the new goats arrive. Meat eaters as we are we still care for the animals that we keep and a new litter of rabbits still makes the heart melt a little, despite a certain knowledge of their fate.

Then there is the other animal, the one that sits motionless for years on end, slowly growing and occasionally giving birth to, I’m now sure what you would call it, a miniature duplicate. I only feed it every ten days or so, a diet that most would baulk at, but as long as its organic in it’s origin then it will happily eat as much as i give it. Occasionally this can lead to weight problems, normally resulting in the afore mentioned birthing process, but it’s offspring can more than deal with any excess food that we and our guests may produce.

We did have an incident with egg shells, their ingenious structural makeup make them extremely difficult to digest, but the chickens eat them now so we have avoided a reoccurrence, and it would be true to say that sticks and other fibrous materials take a little longer breakdown than your average vegetable dish, but digest they do, over time.

But the most surprising part of the diet, to some at least, is meat! Not that the beast demands it in it’s diet, but I can tell you that when it’s offered it is devoured in a frenzy. So frenetic is the consumption that heat is generated, lots of heat and the normal body temperature can rise from a normal 40c to over 65c (104f – 150f) and stay there for weeks. Thankfully we haven’t had to call the vet in, but I have consulted Joe Jenkins on several occasions to make sure that it’s nothing to worry about. Which is good as we have, on occasion, a need to dispose of animal scraps (for want of a better term) 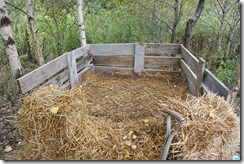 We are now in our sixth year of using a composting toilet and on our 6th pile, two of which have made it into the garden with a third waiting to go when we start planting the crops out later in the spring. That’s a lot water saved, a huge amount of chemicals that haven’t been added to the environment and a whole lot of rubbish that most people might throw away, turned into nutrient rice compost.

One piece of advice, for anyone who decides to help save the world by letting nature do its thing:  Wash your hands!!

And what better way to do that than with one of Gosias handmade soaps!

As you may be able to tell, I started writing this some time ago and never pushed the publish button, but now that I have to unashamedly plug Gosias soaps then I’ll take every opportunity I can.