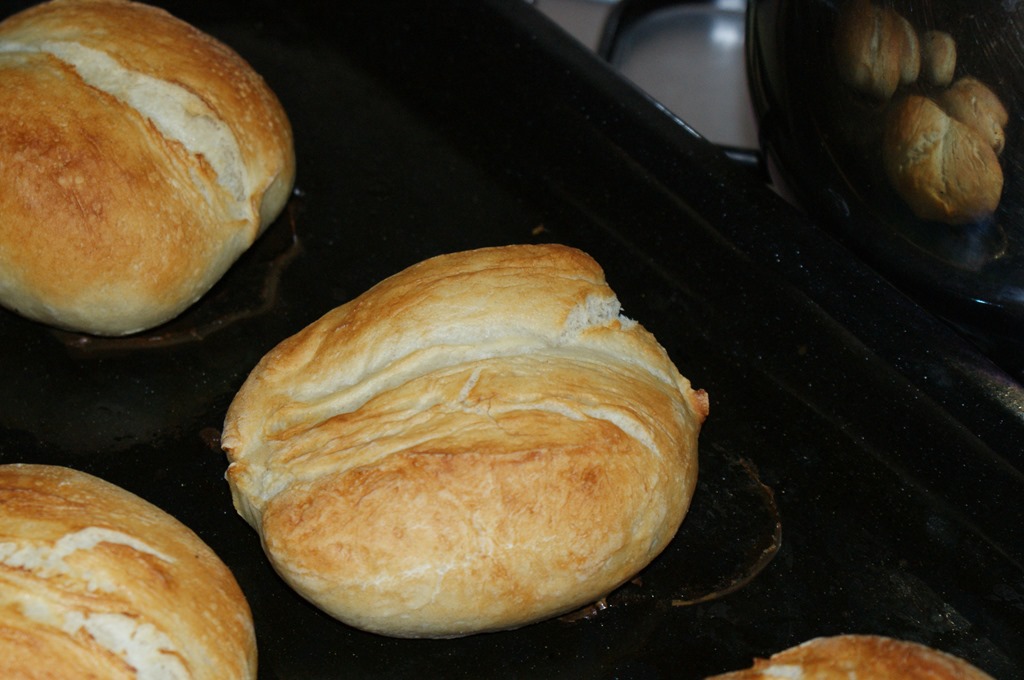 Or Portuguese rolls as I have known them as for the last 25 years.

I know you may have been expecting a post about the snow covered hills, the inaccessible road to our land, the drink fuelled reunion with our neighbours or yet another meal that couldn’t be beat; well sorry, five minutes after writing my last post the snow started!

Admittedly it only lasted for a few hours, but that was enough for us to change our plans and hole up in Rzemien for another day.

Gosia has plenty to do and has nipped off down to Meilec for a few vitals and no doubt an extended inspection of the second hand clothing stores; it’s 1Zlt day today (20p) and you can never have enough jumpers, work trousers, hats, coats, skirts and shirts; can you? I have to admit I look forward to seeing what she has bought as I know that I will be treated  to some item of clothing that caught her eye; not just any old thing, oh no, Gosia has a trained eye and years of knowledge that identifies only the finest and most sought after brands, discarded by the affluent West and I’m sure that the value of my next jumper will be hundred times more than the 1 Zlt paid. I am, as I type this, wearing a Fat Face  lambs wool jumper and Gosia left the building sporting a cracking pair Diesel jeans; all courtesy of the second hand cloths markets that flourish in Poland.

On this occasion I know that she is looking for items than she can cut into material triangles as she is making fifty plus meters on bunting for an up and coming event, she has sewn over a hundred triangles so far but I’m sure chatter of the sewing machine will be heard again tonight. 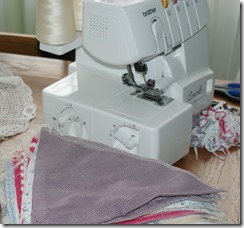 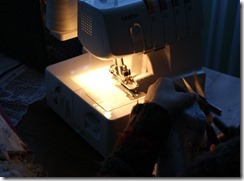 Anyhow, I digress; I started off with the intention of popping another recipe in the blog as I have taken to trying to make a batch of bread rolls most days since I got back to Poland. Having our own milled flour means that I can knock out 8 rolls for little over 10p a batch (ok maybe 20p if you included the electricity)

One of my favourite rolls to eat is a Portuguese roll or Papo Secos; no doubt because they are sold fresh in practically every corner shop in Jersey (Channel Islands). Because of the high number of migrant workers that originate from Portugal or Madera they have become one of the Islands culinary staples and if you ever buy a bacon roll you will always be offered Portuguese as one of the options.

I have now made them about half a dozen times and think I’m just about starting to get them right, so if you’re ready I will begin:

Sift the flour into a bowl with the salt, cream the yeast with the water (yeast in, a bit of water to mix the lumps out, then add the rest of the water; put to one side for a bout 10 minutes in a warmish spot until it starts to bubble.

Add the water\yeast mix gradually to the flour until you can bring in all together, then turn out onto a floured board and knead for about 10 minutes. Once you have a smooth and elastic consistency pop it in an lightly oiled bowl and cover with a damp tea towel, find it a nice cosy spot and let it rise for an hour or so. 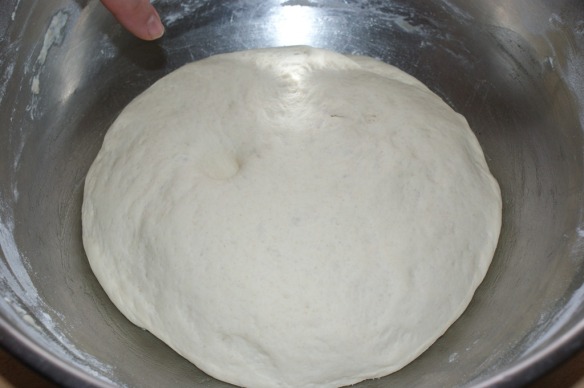 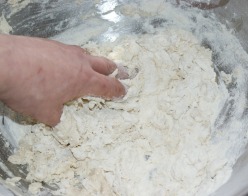 Add the water and yeast mix and bring it all together 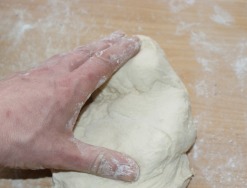 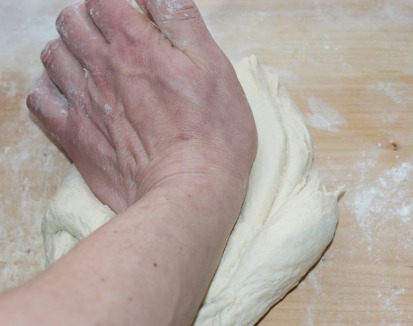 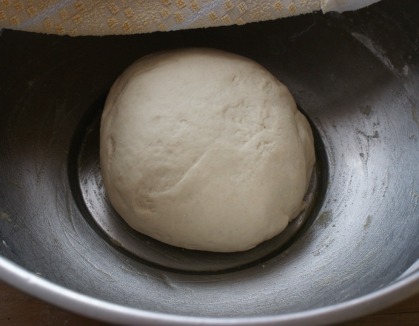 Once risen remove from the bowl and knock back the mixture and roll out into a large sausage shape; this helps you to now divide into eight or nine equal parts which you then roll into balls. Now cover these again with your damp tea towel and let them rise for 15 minutes.

Now the final part and at this point I’d put your oven on about 220c and more importantly place an oven proof dish with a couple of inches of boiling water in the bottom of your oven.

Slightly flatten the balls of dough and create a groove down the middle of each flattened disk, using the karate chop part of your hand! Don’t worry the pictures will help with this description.

Then fold the little disks of joy into a set of kissing lips, flip then upside down and place on your oiled baking tray, cover with your tea towel once again and let them rise for a further 30 minutes.

but only a gentle one

Ok I lied that wasn’t the final thing, but all you have to do now, after this final 30 minutes of waiting, is to spin them round, lips up, brush on some milk and slam them in the oven for about 10-12 minutes. 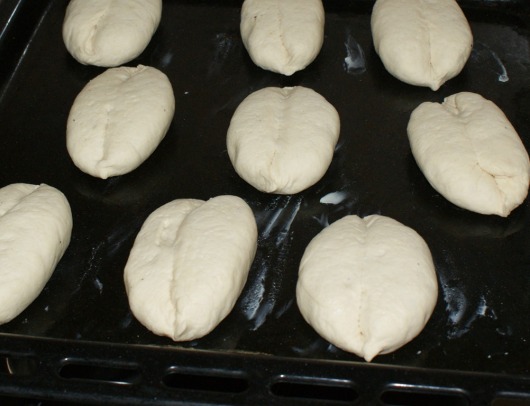 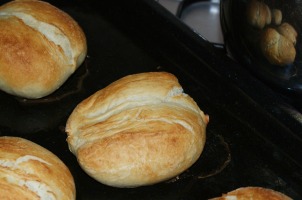 I have to say I think I could have done better with this batch, the cold air got in somewhere along the line and I didn’t quite get the rise I was hoping for; they should have a little more bulk. Non the less they were all eaten within 2 hours of completion 🙂

By the way I got two teas shirts!